In case you missed it, here’s Callan’s Birth Story — Part 1.

They wheeled me back to triage and told me to get onto the bed so they could check me. I could only manage to crawl on all fours onto the bed. I do remember the nurse saying “I’m going to need you to lie down. It’s very hard to check you in this position.” For some reason, she left the room (maybe to get the midwife?) While she was gone, Andy said “Emily, do you want to get an epidural? You can. It’s okay. Do you want one?” I shrugged my shoulders and said “I think so.” I assumed I was only going to be 2 or 3 cm dilated. Little did I know…

The nurse returned a minute later and I told her “I just have to go to the bathroom.” She asked “number one or number two?” My response? “Number two!” She sternly said, “I need you to turn over. I need to check you now!” During this time, they had paged the midwife to let her know we’d arrived. By the time I made it to my back, the midwife had arrived! 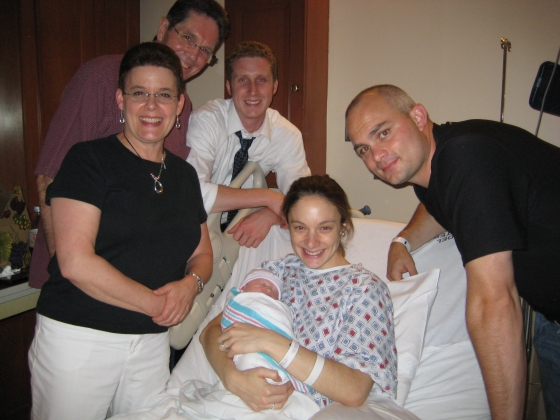 The midwife said she was going to check me and I’d feel a lot of pressure. OMG! At that point, it was the worst pain I’d could ever remember. That was the first time I yelped and tears started. Calmly she said “Are you ready to push? You’re 10 cm.” In the chaos of it all, Andy says they almost had me start pushing in triage instead of moving to me a room. They ended up moving me to a room and thankfully it was only a few doors down.

I wasn’t mentally prepared for the pushing part. It just happened so fast. All I could focus on was the pain and trying to get comfortable (yeah right!). 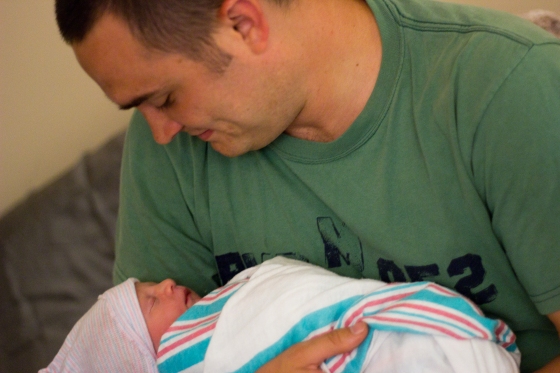 They offered a mirror which I accepted. My first few pushes were on my back and it was just uncomfortable. I wanted back on all fours so I climbed up the incline on the bed, hunched over the top the bed, then almost hurled. Just as I was getting on all fours, my parents arrived. I heard them and yelled “NO!!!” I didn’t want anyone else in the room but especially not in that position! They had no idea how quickly I’d progressed and just wanted to let me know they were there.

I turned back over onto my left side. Andy held my right leg, my left was on the bed and I was using the left foot stirrup as a handle. My right hand was holding my right thigh. I was all curled up, diagonally across the bottom half of the bed. Andy said I looked so uncomfortable but for some reason, it just worked. 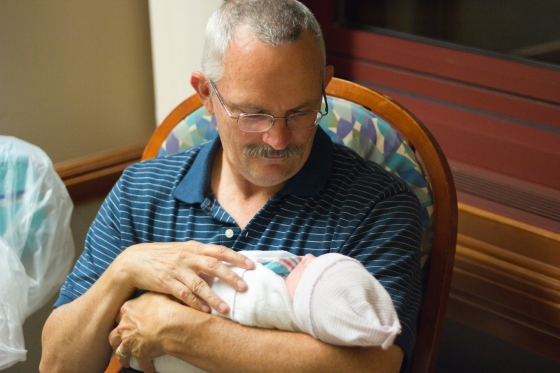 I pushed three to four times with each contraction. Sometimes with my eyes closed and other times, looking at the mirror. I highly recommend using a mirror. It gave me motivation when I could actually see his head. I thought the midwife and nurses were mocking me when they said I was doing a good job or encouraging me. Turns out, things were actually progressing and I could see it myself.

One time I looked in the mirror and asked the midwife what ‘that’ was. It was the head and not at all what I thought it would look like. I thought I was seeing a foot, knee or elbow. Definitely not a head.

Pushing hurts. Like, really, really hurts. There’s no way to describe the pain so I won’t even try. You know it hurts when you can’t even feel a tear (I had a first degree tear). With the pain and the pressure, the only motivation to push is to get the pain to stop and knowing what arrives at the end. And it’s true–pushing is the same pushing out a poo (but a lot more painful). Because the day had been a little bit chaotic, we still aren’t sure exactly how long i pushed but it was somewhere around 30 min.

I do remember the feeling of the last push. I could tell this one was different and gave it everything I could. At 8:22 pm, little man popped out, they put him on my chest and Andy and I blubbered. It was pure joy. 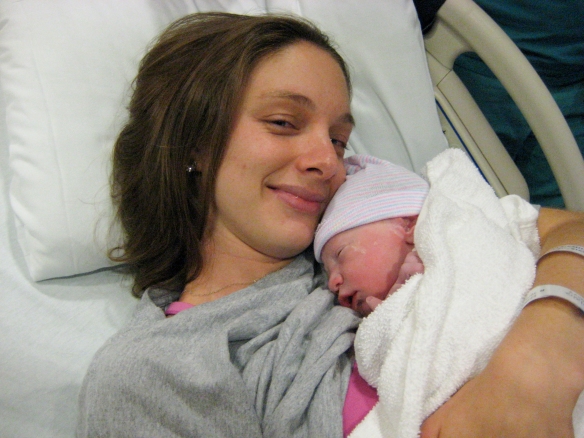 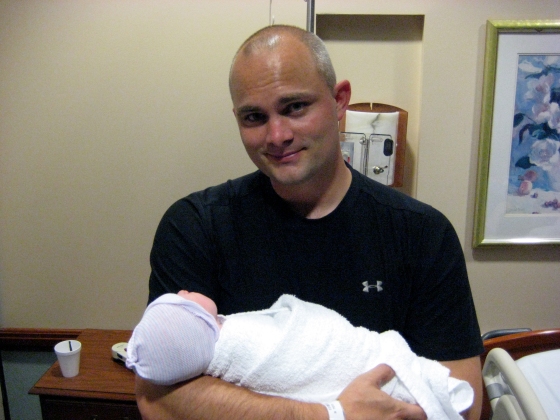 If you’re wondering what happened to the car, my dad rescued it. In between contractions, Andy gave the keys to my dad and he parked the car.

The nurses said once I was ready, they’d take him and do his measurements. Well, I wasn’t ever ready but figured they should check him out. He was 6 pounds 15 ounces and 19.5 inches long. He came out rooting and wanting to eat immediately. He latched right on! 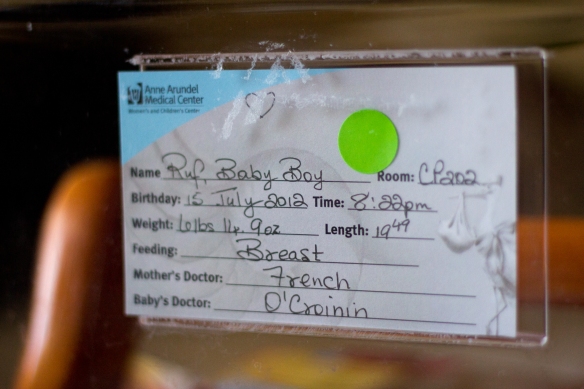 The whole day is still a bit surreal to me. One, it just happened so fast, I wasn’t mentally prepared that he was actually coming. Two, I just birthed our child!!!! 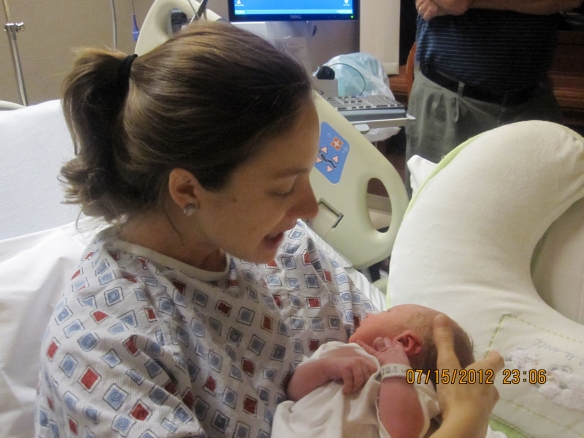 Our child. Our perfect little Callan.

That night, he met us, Grandma and Grandpa, Mom Mom and Pop Pop, Uncle Eric and Aunt Carly, and Uncle Adam and Aunt Sarah. The next day he met Amy, Jess (and soon to be Baby Harper), Amy, Uncle Steve and Aunt Angie.

I’m working on Part 3 with the details. Ya know, things like water breaking, contractions, what really goes on while you’re pushing, and recovery. The nitty gritty details that are very personal and a bit gross. But…these are the details I wanted to know and read about as I was preparing for pregnancy so I want to share. I’ll post it as soon as I find the balance between informative and way TMI. 🙂

Error: Twitter did not respond. Please wait a few minutes and refresh this page.